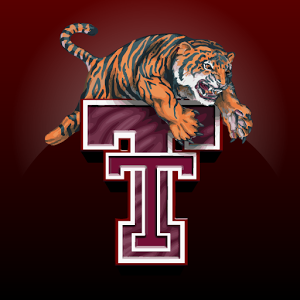 A proud Tiger, Jack graduated from Tenaha high school in 1961. After graduating, Jack enlisted in the National Guard where he served for many years. Jack began his professional career with Thiokol Industries in Carnack, Tx, but soon moved on to Cameron Iron Works in Berwick, La. Beginning as a service hand, he progressed rapidly to Plant Manager. In 1988, his responsibilities in Louisiana soon led he and his family to Liberty, Tx. where he finally retired after 30+ years as the Global Aftermarket Support Manager for Cameron Iron Works. This exciting job took Jack to every corner of the world.  Following his career at Cameron, he started his own oil industry consulting business. Jack was well respected and knowledgeable in the oil industry and made long lasting connections with friends and colleagues throughout the world.

Jack was an avid sports enthusiast – football (Go Longhorns!) and fishing among his favorites. He remained a dedicated supporter of his high school alma mater fishing and football teams. Most Friday nights during football season, he was in the stands rooting for the Teneha Tigers. In the 1980’s, Jack organized a company softball team for Cameron Iron Works that went on to win multiple national titles. Jack was eventually selected into the Louisiana Softball Hall of Fame.

Jack was preceded in death by his parents; brothers James Carter Erwin and Paul Frederick Erwin; and sisters Iris Undean Erwin Wooley and Betty Jean Erwin Childress. He leaves behind to cherish his memory, his wife and best friend of fifty-two years Alma Fay Simmons Erwin; son Carter Erwin and wife Jana; son Brad Erwin and wife Gwen; granddaughters Maddie and Isla Erwin and grandson Alec English. In addition, he leaves behind many nieces, nephews and other loving family members and friends.

Memories and condolences can be shared with the family by visiting www.allisonfuneralservice.com

To send flowers to the family or plant a tree in memory of Jack Velton Erwin, please visit our floral store.