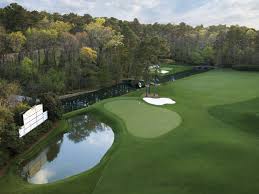 James Edwards Squyres, 73, of Liberty, Texas passed away March 25, 2019 at MD Anderson in Houston, surrounded by his loving family. He was born on October 4, 1945 in Center, Texas to Edward Douglas Squyres and Ruby Day Squyres.

James was a loving husband, father, grandfather, brother and friend. As a teen his dream was to enter the military and serve his country. A tragic car accident left him unable to enlist but his love and support of the United States military continued his entire life. He supported wounded warriors and was made an honorary VFW Member in Baytown. Once, at the VFW he added his name to a raffle drawing and won a motorcycle. He donated the bike back to the VFW so they could sell it. He was a selfless man who was always willing to help others. James was big on giving back to his family, friends, neighbors and co-workers. He was passionate and protective of his family. He cherished his two grandchildren. James loved golf and his golfing buddies. He was a massive Aggie fan and held season tickets for the last thirty years. He had kind eyes and a gentle smile. James will truly be missed by all who had the pleasure of knowing him.

In lieu of flowers, the family asks for donations to be made in James’ memory to MD Anderson Cancer Center or your local VFW.

Tribute and or words of condolence can be shared with the family by visiting www.allisonfuneralservice.com