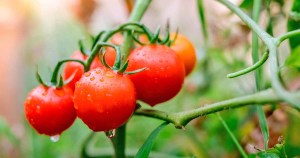 Kenneth Hugh Flournoy passed away peacefully in Liberty, TX on Wednesday, July 24, 2019 surrounded by his loving family. Ken was born on November 2, 1938 at Mercy Hospital in Liberty to Keith Flournoy and Pearl LaCour Flournoy.

Ken was born and raised in Liberty. After graduating from Liberty High school, he went on to earn a Bachelor’s Degree in English. He was a teacher in Houston for several years before becoming a well-known tomato farmer and the owner of Barken farms. The name “Barken” originated by combining the first three letters of his beloved wife’s name, Barbara, and the first three letters of his name. Ken had a strong foundation in the First United Methodist Church. He loved being outdoors landscaping and farming. He also had a passion for reading, watching CNN and studying religion. He will truly be missed by all who knew and loved him.

Memories and/or a word of tribute can be shared with the family by visiting www.allisonfuneralservice.com